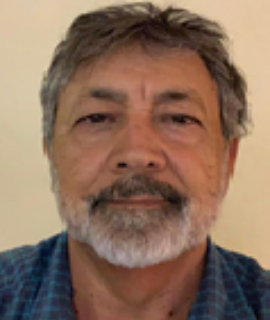 Title : Distribution of Marine Mussels Species of the Genus Mytilus along the Chilean coast

The chilean native blue mussel Mytilus chilensis, is an economically important marine resource in Chile. The M. chilensis aquaculture began in 1943 in Chiloé Island, southern Chile, and the aquaculture production increased rapidly from 3,864 t in 1993 to 398,274 t in 2018, equivalent of 29,3% of the total Chilean aquaculture production. Therefore, and because the relative recent description of two species of mussels Mytilus galloprovincialis and Mytilus edulis in chilean waters, there is a need to carry out a surveys to establish the actual distribution of these two exotic mussels along the Chilean coast and evaluate their actual and potential effects on the biodiversity along the coast and on the fasting growing mussel (M. chilensis) aquaculture industry. Once the evidence that these mussel species arrived to a coastal location it is important to study their distribution and urgently to investigate their origin and its potential for bioinvasion along the chilean coast. Samples of 30 adult mussels from 36  locations along almost 2,500 km of Chilean coast were analyzed using two nuclear markers (Me 15-16 and Myti) and two mitochondrial markers (16S and COIXba). The results indicate that from the 1030 mussels analyzed 76% belongs to the Chilean native M. chilensis; 17% to the mediterranean mussel M galloprovincialis, 4% to the northern hemisphere M. edulis and only 2% to hybrids between these species of mussels. The highest number of hybrids were detected between M. edulis and  the native mussel M. chilensis. Also samples of cultured mussels from 8 aquaculture production centers were analyzed, within the X Region (southern Chile), where over 95% of the Chilean mussel aquaculture production is obtained.  Among these mussel aquaculture centers, the results indicated that 96% of the mussels were the native Chilean mussel M. chilensis, 3% M. galloprovincialis and 1% of hybrids. Interesting is that among these hybrids, there were Mytilus trossulus alleles detected (a mussel species that inhabits the cold waters in the northern hemisphere), as described earlier by other authors. Also a high plastic variability among mussels shell (different morphology and coloration) within pure species was observed which precludes the use of these phenotypic traits in taxonomy. Two of the mussels detected can be detrimental for the chilean mussel aquaculture. M. galloprovincialis has been declared one of the world´s 100 worst invasive species and M. trossulus have lower rates of somatic tissue and shell weight.

What will audience learn from your presentation?

Jorge E. Toro has completed his PhD at the age of 41 years from Memorial University of Newfoundland, Canada. He has published more than 60 papers in reputed journals and has been serving as an editorial board member of repute.